We’ll start the route visiting El huerto del Cura (Cura’s orchard), a private garden that contains a copy of a palm tree with numerous arms, the so-called “Imperial Palm” and an extensive representation of Mediterranean plants.
A few meters away we can find the palm grove museum, situated in a traditional house inside of a typical palm grove. The museum reveals its origins, history, developpment and culture, providing the visitor the comprehension of the motives of its distinction as a humanity heritage. Also, the museum has a white palm workshop and a “Palmerero” can do a demostration of how to climb palm trees, how to work with them etc. (Under previous petition) After a brief walk we arrive to the Museo de la Festa located in the old chapel of San Sebastian. Here is exposed the diverse material related with the Festa and an audovisual takes the visitor to a representation of the Misteri d’Elx (Elche’s mistery)
The mistery d’Elx is a lyrical medieval drama, sung by nonprofessional singers that’s been declared a masterpiece, and a humanity heritage by the UNESCO. We will continue visiting Santa Maria’s basílica, work of Baroque style built on the ancient Muslim mosque and where the mistery d’Elx is staged. And there’s nothing better that ending the route with a peaceful walk trhough the near local park where we can also visit the Molí real, an old mill from the XVIII century that worked with a jump of waters of the Acequia Mayor.

The Pusol School Museum deserves a separate visit. It is an educational-museum project that has been developed since 1968 in the unitary school of the rural district of Puçol, in Elche (Alicante). Its main activity is the education of schoolchildren using local heritage and culture as educational resources, while preserving and valuing these resources with its museum work.

The great recognition of the work and years dedicated to this community project, open and participatory, comes in 2009, when UNESCO enrolls the Center for Traditional Culture of the Pusol School Museum in the Register of Good Practices for the Safeguarding of the Intangible Cultural Heritage, becoming since then in the Third World Heritage of Elche. That same year he was awarded the Special Mention of Education, Training and Awareness of Cultural Heritage in the Europa Nostra awards and the Generalitat Valenciana awarded him the Medal of Cultural Merit. It is in 2011 when the City Council of Elche awards the project the Medal of the Bimil.lenari, for its long and successful career. The intense interest in this project in Latin America materializes in 2014 with the award of the First Ibero-American Prize for Education and Museums, granted by Ibermuseos. The most recent of the awards is the one received by the Integral System of Tourist Quality in Destination (SICTED) of the Ministry of Tourism, in 2016. 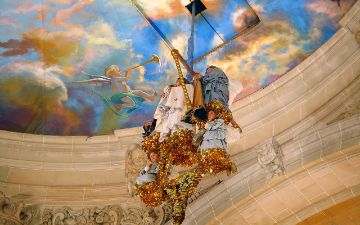 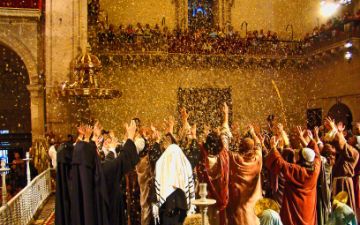 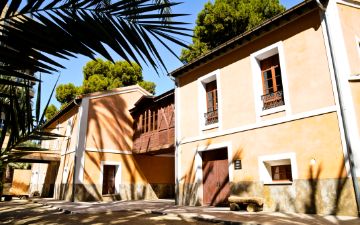 *See Price for a different number of participants.

We’ll begin the route visiting the Museo de Pusol. This exceptional museum has been included in the record of exemplary practices by the Committee for the safeguarding of the intangible Unesco heritage thanks to the numerous ethnological legacy that houses. Its different rooms carry visitors to Elche’s past, facilitating knowledge of the habits and customs of the inhabitants of the town and Camp d’Elx in dynamic and entertaining way. After the visit there will be a workshop in which you can put into practice what we just learned.
Very close to the Museo de Pusol we can find the El Hondo Natural Park, one of the most important wetlands in Spain and where some of the most threatened birds in Europe reside such as headed duck and marble teal.
During the route different birds may be spotted from the observatories located at key points in addition to contemplate the flora and landscape of the wetland. 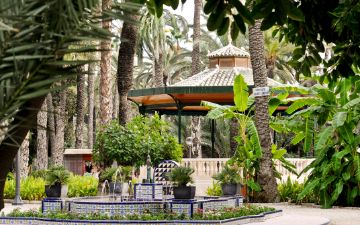 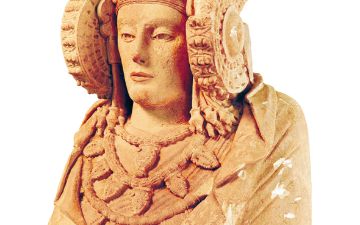 * Check price for a different number of participants.

We use our own and third-party cookies to improve the user experience through browsing. If you continue browsing you accept its use. Cookies policy OK
Go to Top